Odunlami Seun O January 04, 2018 Abeokuta, Army, mother, Nigeria, Ogun State, population, school
Temitayo (not real name) is a young boy of 15 years, born into a family of eight children, where he stands as the fourth child with his parents. His father is a Sergeant in the Nigerian Army, and mother, a petty trader. However, he treks to school, and when coming back everyday, a distance of approximately 20 kilometres, presently, he is in Junior Secondary School 2 in one of the State-owned schools in Abeokuta, Ogun State. 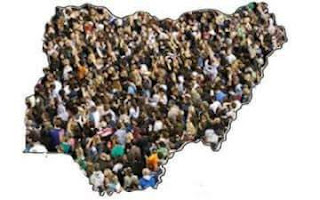 What drew my attèñtioñ to Temitayo, was his inability to move around without a piece of footwears (slippers), when questioned, he said that his slippers are not good anymore and his parents are not ready to buy him another one, due to lack of money, as he was told as an excuse.
Temitayo's case is not the first or will it be the last as regards the issue of lacking parental care, and this reason is not too far-fetched especially with the increase level of population growth in the country.

Today, the nation is bouncing with over 190 million people (193, 369, 061) according to UN, January 1st, 2018 report. Nigeria population is equivalent to 2.53% of the total world population and this rapidly increasing population is a powder keg waiting to explode, and for a people shackled by base sentiments, age-long cultural practices and religious beliefs, there is no way out.

When a family with less income and wages are having more than three or four children to their population, it lowers the parental care for the children, and indeed increases the population status of the country. In 2017, the United Nations said that Nigeria will soon overtake US in population by year 2050 if no care is taken. The issue of increase in population in the country is leading to many atrocious factors, such as early child marriage, a situation when parents feel they are no longer able to fend for their children, they send the developed girls out into marriages, while on the other hand, young boys who felt they are more cared for among their colleagues, would rather associate with them and listen to them, than to the voice of their uncaring parents.

However, the National Population Policy (2004) aimed at reducing the nation's birth rate to two per cent (or lower by 2015) but this assumption is not working at all, after all our lawmakers who are an integral part of the political elite, descended so low to acknowledge the increase in population growth on a mere national issue. While Christian lawmakers argued in favour, their Muslim colleagues condemned it, describing it as "anti-islam". This motion should not be given short shrift. Nigeria is a secular country, not a theocracy and it is disheartening when federal lawmakers refuse to appreciate this.

Among other targets, the policy is also meant to "achieve a reduction in total fertility rate of at least 0.6 children every five years, and increase the modern contraceptive prevalence rate by at least two percentage points per year". These are lofty goals that have been abandoned. Instead of being emotional, the lawmakers should focus on how these measures could be implemented.

Countries with good and standard educational quality, medical health care facilities and infrastructural development are curtailing their population growth, while there are two extremes in population trends. Both are sticking points. The first leg is falling birth rate. Birth rates are declining in Japan, China, Romania, Hungary, Bulgaria and Russia. This gives rise to ageing population, heavy pension payouts to retirees and inability to fill job vacancies. To fill this void, Japan is depending on robots and machines. On its part, China has just scrapped its one-child policy after 35 years of strict enforcement.

While, Nigeria like most African countries, falls into the second extreme: that of rapid population growth with little or no development, be it human or natural. As is it now with our current population status, by 2050 if the current annual birth rate of 3.7 per cent is left unchecked. By that time, Nigeria would only be behind India and China, and its population would have outstripped that of US, which is currently the third most populous country with 325 million people (2018 approx). However, Nigeria is constrained by a land mass of 923, 628 square kilometres, whereas America is 10 times larger. The US also has a $19 trillion Gross Domestic Product (GDP) compared to Nigeria's $405.1 billion (2016 statistics).

In 1950, Nigeria had a population of only 37 million people, but three years after independence in 1960, the figure had climbed to 54 million, according to the National Population Commission. With better access to health care and oil wealth, the country had ballooned to 88 million in 1991, and 140 million by 2006. However, between 2006 and 2017, it rose to 180 million and now its upto 193 million. Nigeria is suffering from uncontrolled population growth in virtually every area of life, forcing resources and opportunities to be inadequate and to thin out.

The impact of rise in population had resulted to loss of admission to candidates. In 1981, about 56,000 candidates took the University Matriculation Examination. In 2015, 1.47 million sat for same examination, less than 800,000 gained admission, while this rapid population expansion is affecting the North, where UNICEF estimates that 10.5 million Nigerian children are out of school, a figure some authorities have adjusted to 15 million. This is the highest in the world.

The issue of high maternal and infant mortality rates were still intact, the high rate of unemployment is fast increasing and the economy keeps on rising in its inflation rate and the value of the naira is depreciating daily at the foreign exchange market.

Indeed, there is much to be done, as the population mess is already upon us. As it is, emotions, religion and tradition have failed us, and the hard, cold reality bites. The government, with stakeholders like the Planned Parenthood Federation of Nigeria (PPFN) and all tiers of hospitals, has to enlighten the citizens on the importance of reducing our birth rate and implement the 2014 national population policy.