Former Nigeria African cruiserweight champion, who won the belt in Nazcam Assures Politicians Readiness To Capture Campaigns And Executive Security Services*1999,defended it 3 times, and in year 2000 he also won the African cruiserweight championship by knocking out former champion Babatunde Jonathan a.k.a police machine in round 4 of a schedule 12 rounds, also was ranked number 1 by the commonwealth, and also ranked number 1 by world governing bodies WBF,WBU,IBU in person of Samsondeen Ajayi popularly known as MEGA, He is the Chief executive officer of NAZCAM SECURITY COMPANY WORLDWIDE. 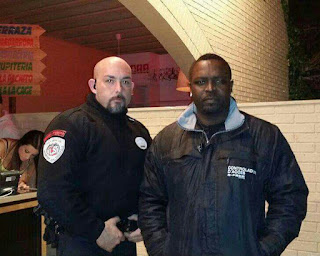 The ex world champion boxer has vowed to work tirelessly with his security company to deliver politicians and secure dignitaries from political thugs in Nigeria come 2019 election with his Nigerian and European expects. 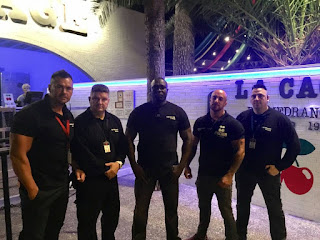 Mega who made this known to Amebo Feeds Naija Blogs Reporter Obadimu Adeyemi through phone conversation this afternoon has urged Nigerians to fair no foe as his security company is capable of protecting the masses come 2018 and 2019 election in Nigeria with his experienced and quality equipments to deliver quality services. 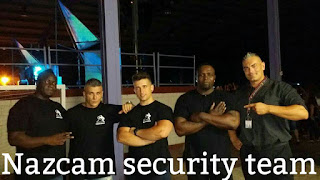 According to Alhaji Ajayi established NAZCAM Security company was established in Nigeria in 2014 with it's headquarter in lagos island with branches in Agric ikorodu but operating since 2005 in Europe, and also have branch in the city of Barcelona in spain at Calle tirso d Molina 4/3b roquetes Tarragona 43520.

However the professional boxer and world champion uses the medium to welcome any politician, VIP's other dignitaries that needs quality with outstanding security services delivery are free to contract him as he is ready to work and protect them from political thugs with his vast experience in handling equipment that other tops security companies lacks in Nigeria, this company is well equipped with unexpected materials to protect our clients Mega said. 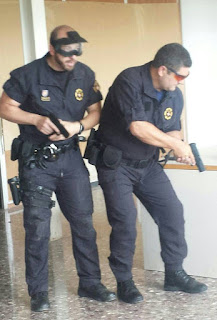 "He further more that with my experience with Nigeria top politicians in the area of professional security and defence, my boys are capable of protecting all south west during election Mega bosted."

"I have worked with the likes of Former chairman Mushin local government, Senator Ganiyu Olanrewaju Solomon GOS, Former senator Moshood Salvador now PDP/Lagos state chairman, former commissioner of transport, also worked for Benson and hedges events, work as personal guard for former Lagos state chairman NUJ Mr lanre Arogundade and many more, besides after winning the African cruiserweight championship belt few months later I was crown by the late OBA of Lagos Oyekan as Okanlomo of boxing being an indigenous son of Lagos island, Between that time i went to present my African belt to Lagos state governor Asiwaju bola Ahmed Tinubu and he promised to worked with me and my security company before i move to Spain he added."

"NAZCAM security company is using this precious opportunity to urge all Nigerians top politicians and individuals to patronize his company to remain free from political thugs as 2018/2019  election gather momentum. Our security company is ready to work with you,  both our European expects and Nigerians will worked together as one for anybody that have interest in us says Mega, You can contact CEO via whatsapp chat or call on Spain number: +34652010236, NIGERIA number on 08139267127.
Read more