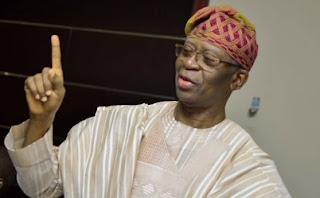 Born into the family of Chief E.D. Tokoya and Chief Mrs.V.E. Tokoya (Nee - Keshinro) of Ibefun-Ijebu Ogun State, Chief Tope Tokoya is a Fellow of Certified Institute of Management; a trained and season Banker who has flair for figures. He first worked with Lagos State Ministry of Finance, Accountant General office, Treasury department before moving to the Bank of America (Nigeria) Limited, Broad Street Lagos (later known as Savannah Bank of Nigeria PLC) where he distinguished himself through years of excellence and professional service.  In 1986, he voluntarily retired as a senior manager to start his own business.

As a Businessman and Entrepreneur, Sir Tope Tokoya has built a conglomerate with chains of activities across different sectors of economy such as Properties/Real-Estate, Finance, Educational services and Agriculture.

CHURCH LIFE:
Born into a devoted Methodist church family, Chief Tope Tokoya did not deviate from his faith. He has always shown commitment to the growth and development of his family church; Williams Memorial Methodist Church (now cathedral) Ago-Ijaiye, Ebute-Metta Lagos State where he served in the following capacities:
Chairman, Local and Circuit Youth Fellowship for many years
Chairman, Harvest Committee for many years. His tenure in this capacity witnessed a new dawn and a complete departure from the past.
In the same vein, Chief Tope Tokoya was appointed:
Chairman Fund Raising Committee charged with the responsibility of raising fund for the construction of a new Cathedral in which by God’s grace we now worship.
Not to be held down when it comes to service in the house of God, He was also at a time - the founding president of Light of The World Association, One of the leading societies in the church. He led the Association for ten years and was later appointed a patron as a reward for his high quality leadership. He was also patron to many societies in the church.
In 1988, he was appointed a class leader, the youngest member ever been so appointed. In the same year 1988, he was appointed a Church Steward.

He voluntarily vacated his position to answer the call for service in his home church- Agbowa Methodist Church when he got his Circuit status under the newly created Ikorodu Diocese in January 1995.
Sir Tokoya became the first senior Circuit Steward of Agbowa Circuit. His service in this position laid a benchmark for development of the Circuit.

At the Diocesean level he served as the first Publicity Secretary/PRO of Ikorodu Diocese for many years and was later elected the second Lay President of the diocese.

CHURCH AWARDS:
During the centenary celebration of (1895-1995) of Williams’s Memorial Methodist Church, Sir Tope Tokoya was awarded Centenary Certificate of Honour, for his excellent, loyal and meritorious service to the progress and achievement of the church; again he was the youngest awardee.
His contribution and selfless service at the Local, Circuit and Diocesean Levels earned him the conferment of the highly exclusive ‘Knight of John Wesley’ title by the Conference of Methodist Church, Nigeria.

POLITICS:
The impeccable track records and his overwhelming popularity at the grass root made his people to demand for him to take his experience home, hence, he contested and won elections as the Executive Chairman of Odogbolu LGA, Ogun State between 2007 and 2010. The Local Government experienced unprecedented infrastructure development during this period. There were turnarounds in Health Care Delivery, provision of social amenities, Human Capital Development, Poverty Alleviation etc.

His wealth of experience in financial matters made him to introduce an effective money management and fiscal regime which resulted in judicious application of scarce resources. This fiscal responsibility regime was manifest as Sir Tokoya Led Exco was the only LGA to leave money behind for his successor. Till date, Chief Tope Tokoya is still regarded as the best performing LG Boss in Ogun State.

CHIEFTAINCY TITLES AND OTHER AWARDS:
Highly decorated, Sir Tokoya has been honoured with awards and recognitions from local and international bodies. He has also been awarded many chieftaincy titles such as:
Otunba Olu-omo of Ibefun Ijebu
Otunba Tayese of Imoru Ijebu
Asiwaju of Owu-Ikosi Lagos Sate
Patron of Ogun State Council of Baales
On 12th March 2008, Sir Tokoya was presented with Award of Good Leadership by the Federation of Ijebu Student Association Olabisi Onabanjo University in recognition of his Exemplary Leadership Quality.

On 22nd Nov. 2008, he was offered with Certificate of honour (prestigious award) by Gateway News Update 2008 as the Best Local Government Chairman in Ijebu Zone. In recognition of his positive efforts in the area of effective administration of Odogbolu Local Government.

On 27th November 2008, he was presented with a Distinguished Service Award by National Alumni Association of Tai-Solarin University of Education. Ijebu-Ode, Ogun State, in recognition of his outstanding contributions to socio-political development of Ogun-State and Nigeria in general.

Jan. 30, 2009, he was presented with Rotary Appreciation Award by Rotary Club of Isolo District 9110 Nigeria. In recognition of his immerse contribution towards humanity. As the Special Guest of Honour @ Rotary Water Project Commissioning and Inauguration of Rotary Club of Aiyepe.
March 26th 2009, he was presented with International Leadership Gold Award for Excellence by African AGE for his uncommon feat in Nation Building, Excellent Leadership and contributions to Rural Community Development in Ogun State.

May 9th 2009, he was presented with special award by the student Union Government of Tai-Solarin University of Education as an Icon of Development
On Feb. 9th 2010, he was presented with an Award of Outstanding Excellence by the National Association of Ogun State Student (NAOSS) Uniben Chapter, upon his Human Development and Social Economic/Political Empowerment of Nigeria Youths in Ogun State.
19th Feb 2010 he was presented with Distinguished Gold Award by Africa Achievers for his exemplary contributions/meritorious service towards good governance in Nigeria and the sub-region of Africa.

On the 27th Feb. 2010, he was presented with a Distinguished Merit Award by National Association of Community Newspapers and Magazine Proprietors for his contribution towards Public Administration in Ogun state.
8th of March 2010, he was presented with an Award of Excellence by Crestfield International Global Services as one of The Most Outstanding Local Government Chairman in Ogun State.

By the His grace, Sir Tope Tokoya is a Minister (Pastor) in one of the Leading Pentecostal Churches in Nigeria.

He is happily married to Bosede Tokoya and they are blessed with children.

STT is quite intelligent, cool headed and a manager of men and materials perfectly packaged by God to be Joshua of Ogun state at this time come 2019.