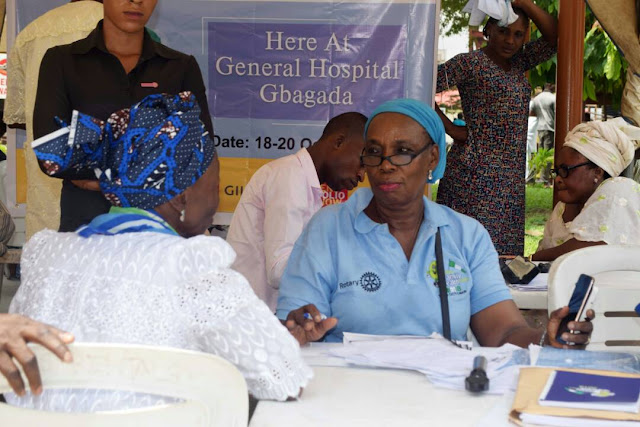 The Rotary Club Of Gbagada in a bid to celebrate its Rotary Family Health Days 2018 has rolled out  a programme to cater for several kind of diseases in Lagos residents and Nigerians as a whole. This was stumbled upon by the Nigerian Guild Of investigative Journalists (NGIJ) 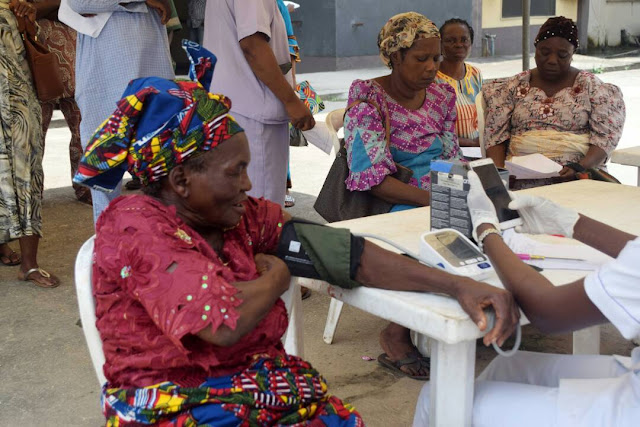 This programme which started On Thursday, 18th of October, 2018 is being carried out at the Gbagada General Hospital and has witnessed a lot of beneficiaries who troop in from different parts of Lagos state.
So far, it has been a successful programme judging by the testimonies some of the beneficiaries gave and this is a very great development especially at a time when so many people tend to careless about their health and focus on some other things. 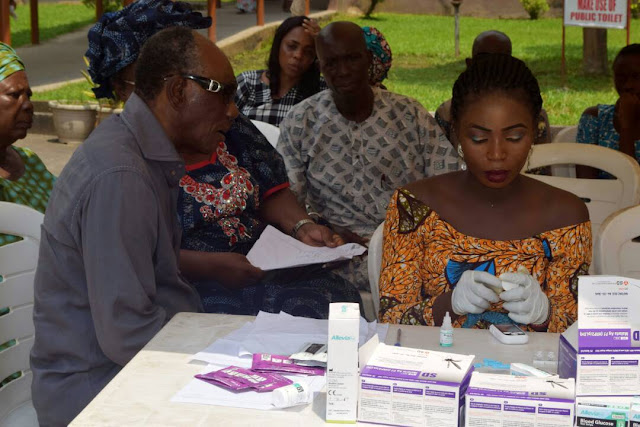 According to the President of the organisation, Mrs Basirat Giwa, made it known that Rotarians set out three days annually to offer free health services in every region. She revealed that Rotary Club Of Gbagada has picked Gbagada General Hospital In the last 6 years as a spot to offer free medical services in the environs.
Apart from the normal medical services, the president who is an eye surgeon set out one day out of the three days to do a free eye screening for everyone who has an issues with their sight. It’s totally one of the few good gestures around which might not be seen if not for the Rotary Club Of Gbagada.
While speaking on the responses they have gotten from the free medical services, she revealed that it has been totally overwhelming because a lot of people have benefited from it. She said their tentacles have spread to some of the neighbouring countries due to some corporate organisations that have supported the organisation with funds to carryout the free health services.
Furthermore, the president-elect of the rotary club of Gbagada, Mr Akinwale Ojutola, revealed that a lot of people are carrying several diseases without knowing and rotary club of Gbagada through it’s centres across the nation is ready to give them a free medical services for free hence, they shouldn’t miss this opportunity.
In a bid to get the feedback of the beneficiaries, the Nigerian guild of Investigative Journalists (NGIJ) accosted some of them to get their opinions.
According to one of them who brought her child who fell ill, she made it known that the treatment was superb and it was just free as they said. She further thanked the organisers.
In the same vein, a woman, Adedoyin Lawal who was also a beneficiary revealed that the Rotary Club Of Gbagada is helping the less privileged especially her. She stated that her illness would cost her more than N200,000 but the club did it for her free of charge.
Also, Mr Bashiru Pedro who benefited said he was directed to the venue from his place of residence because he has issues with his eyes. He said he was happy when he got there due to the several works they are doing because he has gone through a lot because of his eyes, he was transferred by a government hospital to a private hospital and still didn’t get results. He was operated in a general hospital and the ailment still relapsed but getting to the rotary club of Gbagada, even though he hasn’t been treated, he believes he will be fine.
The programme however is set to end today Saturday, 20th of October, 2018
Read more