Odunlami Seun O February 02, 2019
The Chairman of Ibeju Lekki Local Government, Mr. Semiu Olorunkemi Surakat has been alleged by his family members, THE OJUILE DESCENDANT FAMILY of criminal attempt to assassinate some members of his family over a land tussle situated at Bolorunpelu/ Okerekere Village in Ibeju Lekki area of Lagos State. 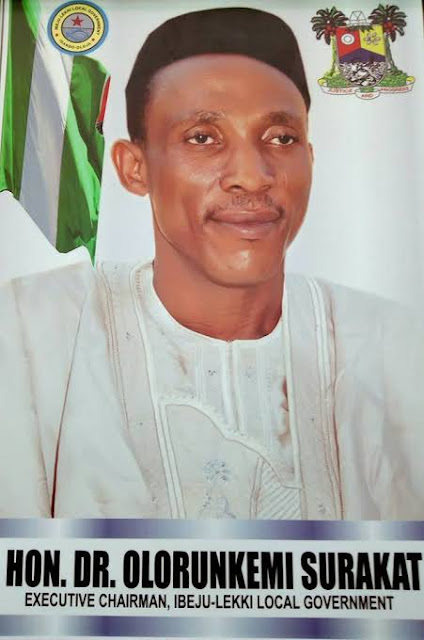 In a statement made available to newsmen by the secretary of the family, Chief Razaq Oludaisi, the family alleged Mr. Surakat of dividing Ojuile family for his selfish interest, noting that the family has been enjoying peaceful and quiet possession of the land until recently when one of the family members, Mr. Surakat became Chairman of Ibeju Lekki Local Government and claimed to be enjoying the support of Governor Akinwumi Ambode to seize and sell the family land without  consent of the Ojuile Family members. He sold to Catholic Church, Polaris bank and now hired Landwey as agent to clear and demolish the structures on some of the properties on the land.
“Kemi Surakat wants to kill me and many members of my family. He has single handedly appointed four heads (Baale) to our various settlements in the village and these are the people he used to perpetuate the criminal act of selling the collective resources of the family. The family has instituted various court charges against him but he reigns with impunity claiming to be enjoying the support of the Governor of Lagos state. He sees me and some other members of the family as knowledgeable hence he attempts to assassinate us. Right now I can’t sleep at home, I sleep in different hotels as his thugs such as Yakubu Adeniyi, Sikiru Salami and eight others are said to be hunting for me hence I petitioned the Inspector General of Police, IGP and the petition is being given a deserving response as Kemi Surakat has been invited by anti fraud unit of Nigerian Police Force for questioning last week Monday and Thursday.
When contacted, Mr. Surakat debunked the allegation of threat to life but affirmed there is crisis over land and baaleship within his family. According to him, “I am the number one citizen of Ibeju Lekki Local Government and it is imperative that I should allow peaceful resolution of any matter. I can tell you that the family will meet and resolve the matter”
Read more