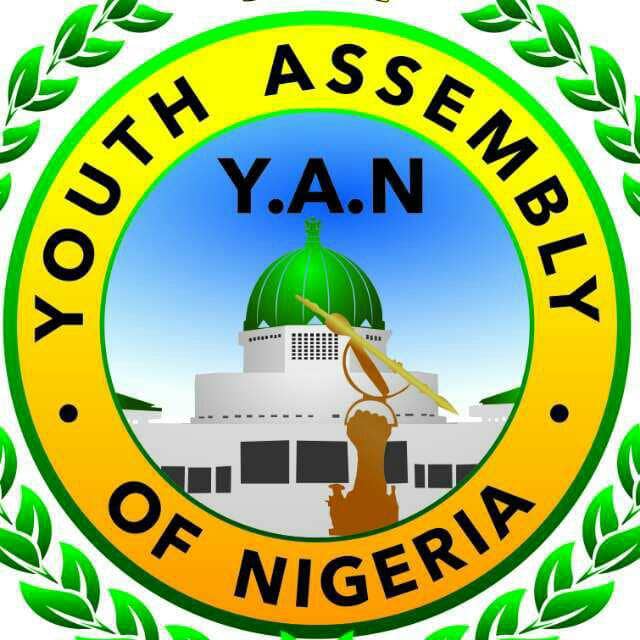 The national leadership of the Youth Assembly of Nigeria(YAN) after an emergency meeting held at YSG Hotel,Abuja has called on the presidency to caution Hon.Rotimi Amaechi from further use of security agencies to harass her members in Rivers state.
The national speaker of YAN; Rt.Hon. Samuel Chukwubuikem Godstime in a two page report presented to the secretary to the government of the federation warned that never again will Rotimi Amaechi be allowed to exhibit an iota of electoral rascality.
The statement added, “We closely watched the activities of the 2019 Rivers State Gubernatorial and House of Assembly Elections and reports coming from our members, scattered around the state, only proves to us, that Nigerian youths in Rivers state are under attack courtesy of the purposeless activities of Chibuike Rotimi Amaechi in his die minute want to force the AAC candidate on the people of Rivers state. Elections held in other parts of the country were relatively peaceful, with pockets of violence in a few locations but Amaechi who brags with the presidency have chosen to play God in Rivers state thereby breaching peace in all quarters.
Scores of Nigerian youths of Rivers state extraction, especially students have been wounded, harassed and intimidated by the said thuggish activities and use of the Nigerian Army to harass our members in their respective polling units in Rivers State".
We want to use this medium to call on the attention of the President to advice his Minister of Transport to desist from further illicit act.
We will at all cost never allow our had earned Democracy in Nigeria to be raped by mere greed of an individual.
The leadership of YAN in the same vein has given the Independent National Electoral Commission (INEC) 10 days ultimatum to issue Anayo Rochas Okorocha his Certificate of Return or face their wrath.
The Youth Assembly of Nigeria (YAN) in a statement signed by her National Speaker and made available to Radio Nigeria and the Nation newspaper in Abuja noted that it was unconstitutional  and against the electoral Act as amended for INEC to refuse the issuance of Certificate of Return to Rochas Okorocha after his declaration as the winner by the returning officer.
The statement reads in part: We demand that; as a matter of urgency the commission should without any further delay Present the certificate of return of the Senator elect in person of Owelle Rochas Anayo Okorocha to him to mend the breach of the constitution as INEC has no Constitutional right to withhold any certificate of return of any individual that has been pronounce elected and returned by the returning Officer, as only the tribunal can  hear electoral matter and offences, meanwhile it’s only a court of competent jurisdiction that have such powers to deny any individual either returned or otherwise. That failure of the commission to present to the winner of the 23rd February election his certificate of return in person of Owelle Rochas Anayo Okorocha within 10 working days will attract a massive protest from the youth at the headquarters of the commission Abuja.
We wish to categorically state that our citizens will not sit and watch institutions like INEC being bastardized by some few individuals at the detriment of our hard-earned democracy. That INEC has failed woefully as they have chosen to hearken to the voice of some paymasters and deep pocket individuals to the detriment of Nigerians who have spoken through their votes by throwing the country into their so-called inconclusive elections.
Also lending his voice, the speaker of YAN Delta state chapter; Amb. Emeka Emueze noted that for political holiness and fairness, zoning the Nigeria's senate presidency seat to south east would be the best.
Amb. Emeka also called for the arrest of both the INEC resident electoral commissioner; Francis Otunta and the Professor who served as returning officer for the just concluded Imo guber election for not following Nigeria's constitutional provisions as in section 179 and electoral rules via declaration of winner of governorship election.
Read more