Just In: Onnoghen Closes His Case At CCT - Welcome to Seun Odunlami's Blog

Just In: Onnoghen Closes His Case At CCT 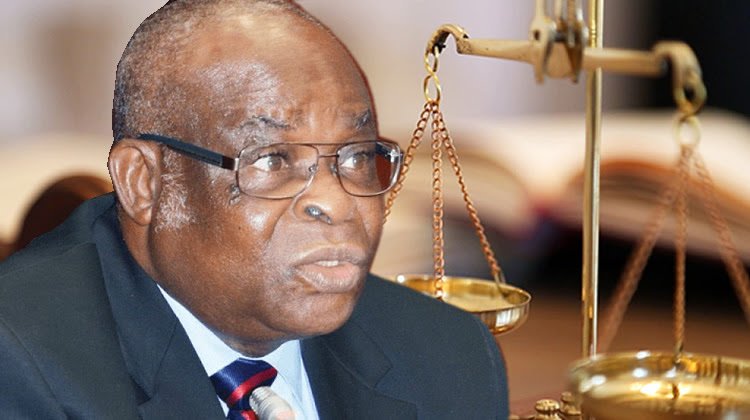 The suspended Chief Justice of Nigeria, Justice Walter Onnoghen, on Wednesday, rested his case in his ongoing trial on charges of false and non-declaration of assets.
The development came as a surprise as the defendant, whose lawyer, Adegboyega Awomolo (SAN), had indicated on Monday that the defence would be calling “two or three witnesses,” only one of whom had testified at the previous Monday’s proceedings.
In addition, the defence had, on Monday, applied for and caused the Danladi Umar-led CCT to issue a subpoena to be served on an officer of the Code of Conduct Bureau, Mrs. Theresa Nwafor, to appear on Wednesday to testify as the second defence witness.
It was not clear if Nwafor was present at the tribunal when Onnoghen’s lead defence counsel for the Wednesday’s proceedings, Chris Uche (SAN), rose to announce the closure of the defendant’s case.
Uche made no mention of Nwafor or any other proposed defence witness.
He said, “My lords, today is for continuation of trial. But my lords, after a deep review of the evidence led by the prosecution and the defence, the defence has come to conclusion and we have closed our case.
“Pursuant to paragraph 14 of the Practice Direction of this honourable tribunal, we apply to file our final written addresses.”
He asked for 14 days to file the final written address.
The prosecuting counsel, Aliyu Umar (SAN), said Uche had given him prior indication to close the defence’s case on Wednesday. He urged the tribunal to use its discretion to allot time for the filing of final addresses by the parties.
The next stage in the trial would be for parties to exchange their final addresses and return to the tribunal on a date to adopt the court papers.
The date for judgment would be fixed after the adoption of the final addresses.
The prosecution had earlier closed its case with three witnesses.
Read more