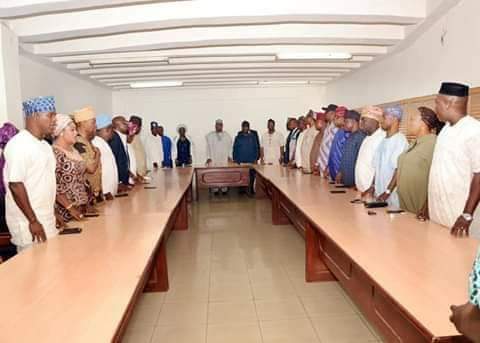 Bearing less than a week of the new administration, the state government has reversed last minutes appointment, promotion and employment made by the former Governor Ibikunle Amosun:
All appointment and employment done at the eve of the last administration be reversed including the appointment of unqualified Permanent Secretaries.
All financial agreement entered into between February 1st and May 28 without the Assembly's resolution be reversed, reviewed and looked into by the present administration
The State Assembly in a meeting with the Governor, has allegedly passed a resolution suspending all traditional rulers appointed and promoted from February, 2019 till May 28, 2019. 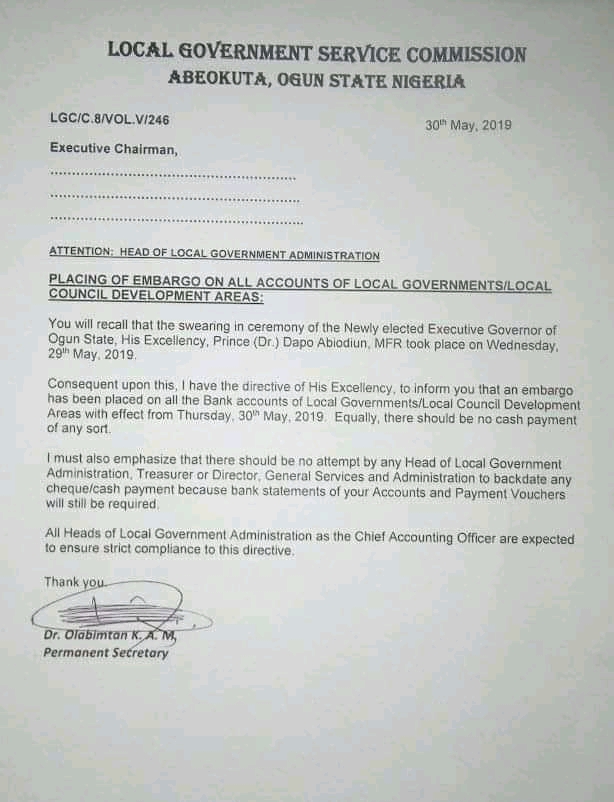 Suspended all Local Government and LCDA political office holders and ordered that the LG and LCDA Chairman and House Leaders to hand over the affairs of the councils to the HOLGA and appear before the assembly on the 7th of June, 2019.
Read more