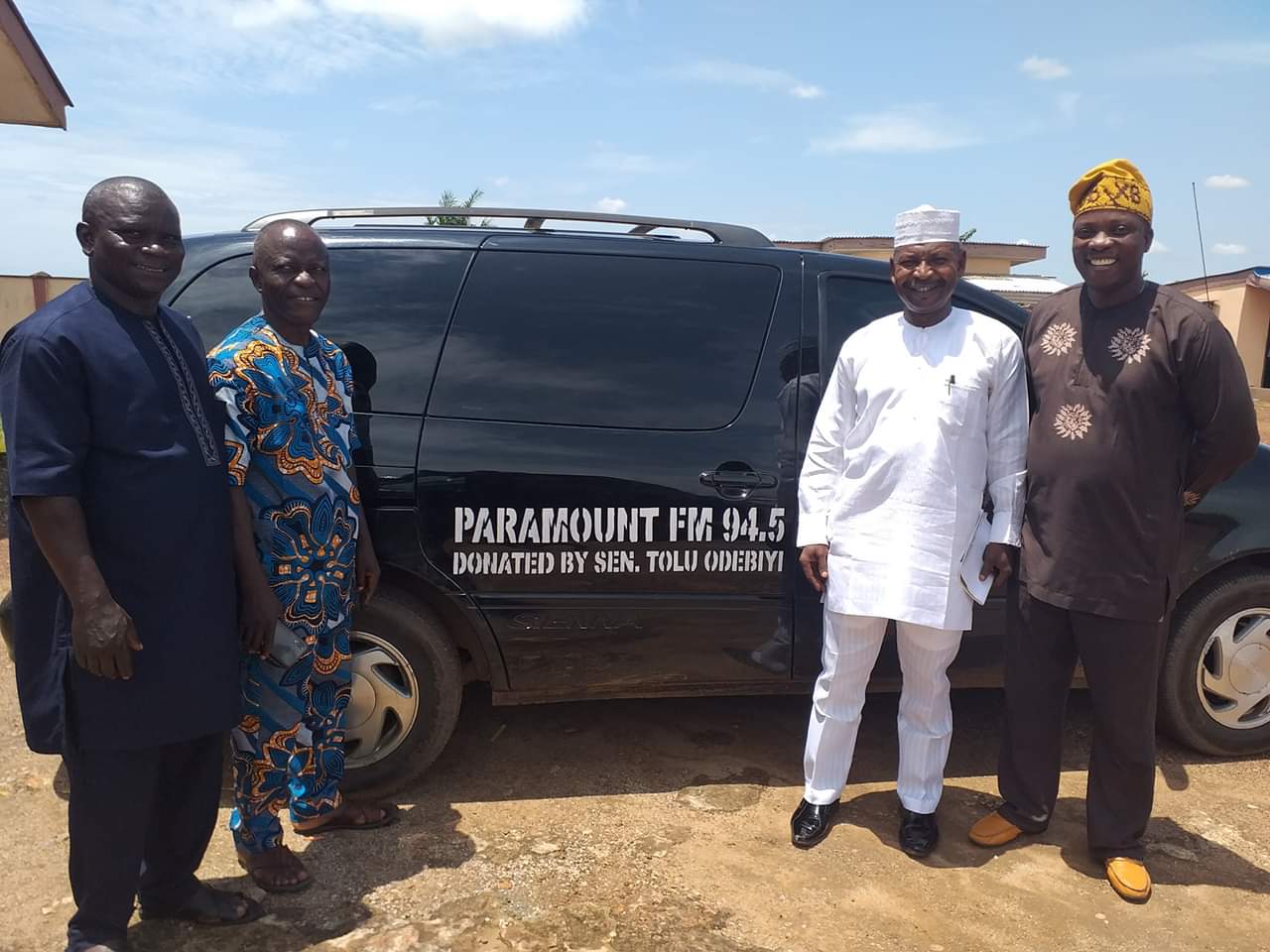 The senator representing Ogun west district, Senator Tolu Odebiyi, today (Thursday) donated a  brand new Toyota SIENA mini bus to the management of Paramount FM, Abeokuta to enhance its operations.
The donation was in fulfillment of the promise he made to the radio station when he was at the station on Tuesday.
The General Manager of the station, Alhaji Niyi Odekunle, had informed the Senator about the teething problems facing the media house.
Apparently moved, Senator Odebiyi promised to do his bit to ease the operations of the station by donating a vehicle.
He fulfilled the pledge today.
The car was brought to the radio station, located along Kobape Road, by Mr Kolajo Owolabi, the Personal Assistant to the Senator.
It was then handed over to the General Manager by his media Consultant, Mr Olusola Balogun.
In his presentation speech, Senator Odebiyi urged the management and staff of Paramount FM not to relent in propagating the truth and on their quest for developmental broadcasting.
While expressing his gratitude to the kind gestures of the distinguished senator , the General Manager, Alhaji Odekunle expressed his gratitude for the gift and promised to ensure it is deployed for judicious use.
Read more