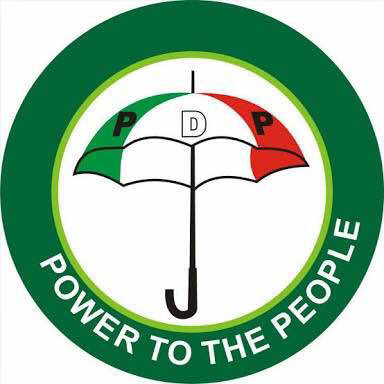 Reports from the rerun of National Assembly Election in Ijebu-Ode/Ijebu North East/Odogbolu Federal Constituency revealed that members of the Peoples Democratic Party loyal to Hon. Ladi Adebutu did not participate in the rerun elections which could have resulted in the loss of the PDP candidate in the election Barr. Taiwo Shote to the APC candidate Hon. Kolapo Osunsanya.
According to a member of the Lado group who claimed anonymity said the Leaders of the Lado group had fixed Saturday, 24th January, 2020 for the group's meeting and new year celebration in the Federal Constituency since last December.
The Lado group has been rated a strong force in Ogun East politics and even across Ogun State. This was also evident during the last Governorship elections in Ogun State when the group had an alliance with the APM in just three days to the election and the alliance had significant effect in the votes recorded for APM. The alliance came after the unfavourable court judgement against the group on the authenticity of the candidates list presented to INEC by the Lado faction of the party.
Efforts to speak with leaders of the Lado group proved abortive and to no avail as none of the Leaders was willing to talk to the press. Calls made to the Media aide of Hon. Ladi Adebutu were not answered up till the time of this report.
The rift and tussle for leadership of the PDP in Ogun State is suspected to be responsible for the disunity in the party. It is believed that the cracks in the party will be put to rest after the party congresses scheduled to hold in few months.
Read more