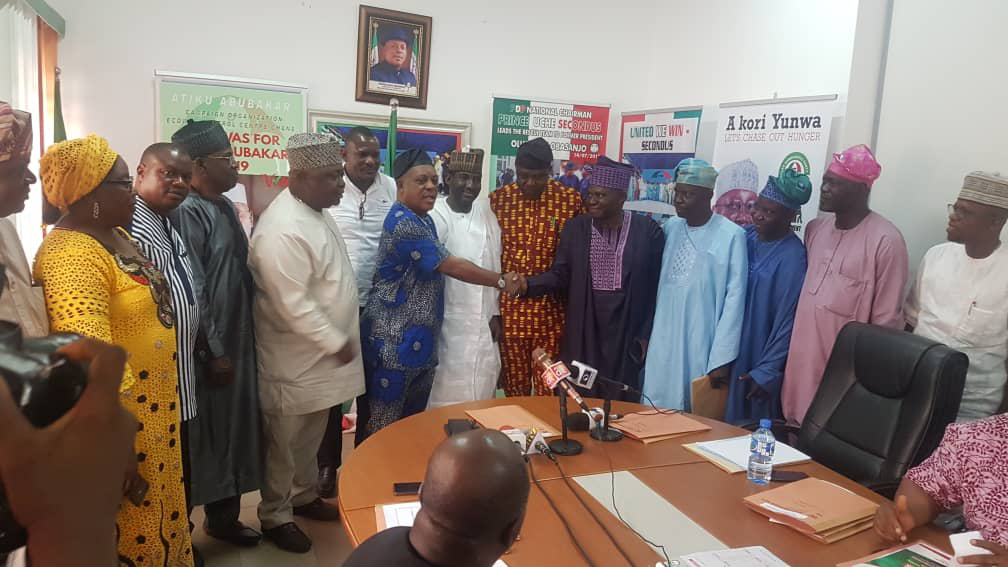 Members of the State Central Working Committee of PDP in Ogun State and a faction loyal to Senator Buruji Kashamu  collapsed into the mainstream of the party and Ladi Adebutu led structure on Wednesday, 26th February, 2020.
The CWC in a letter presented to the National Working Committee with the title "RE: LETTER DATED 3RD FEBRUARY 2020- WARD, LOCAL GOVERNMENT AND STATE CONGRESSES OF PDP IN OGUN STATE
PUBLICATION OF 19TH FEBRUARY 2020 IN PUNCH NEWSPAPER- SPECIAL  ANNOUNCEMENT FOR TIME TABLE AND SCHEDULE OF ACTIVITIES FOR OGIN STATE PDP CONGRESSES.
A DISCLAIMER OF THE ABOVE MENTIONED BY THE OGUN STATE EXECUTIVE COMMITTEE OF PDP.
The letter was jointly signed by 10 members of the State CWC members in Ogun State including the factional State Secretary,  Semiu Sodipo, factional State Deputy Chairman, Boye Adesina and others principal officers. 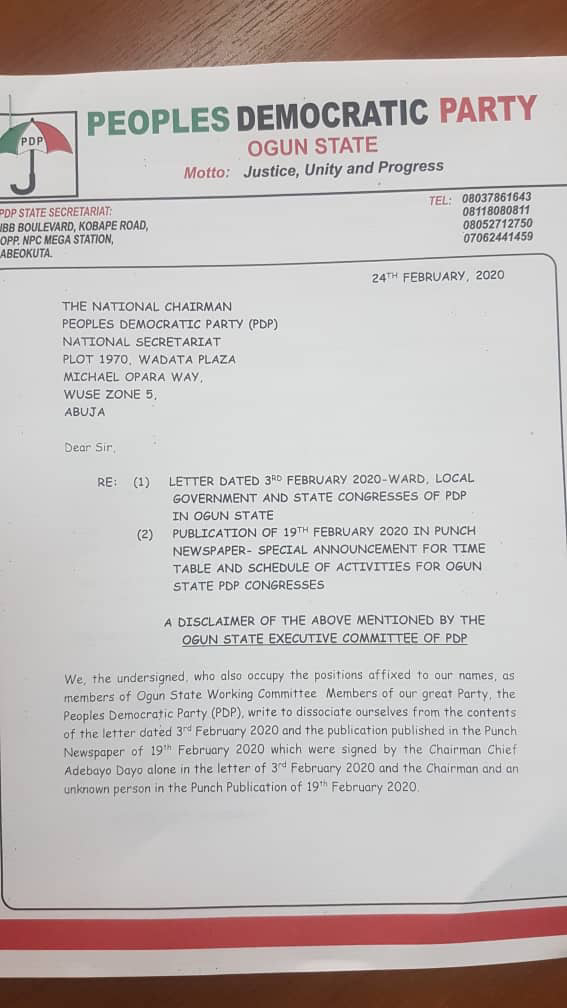 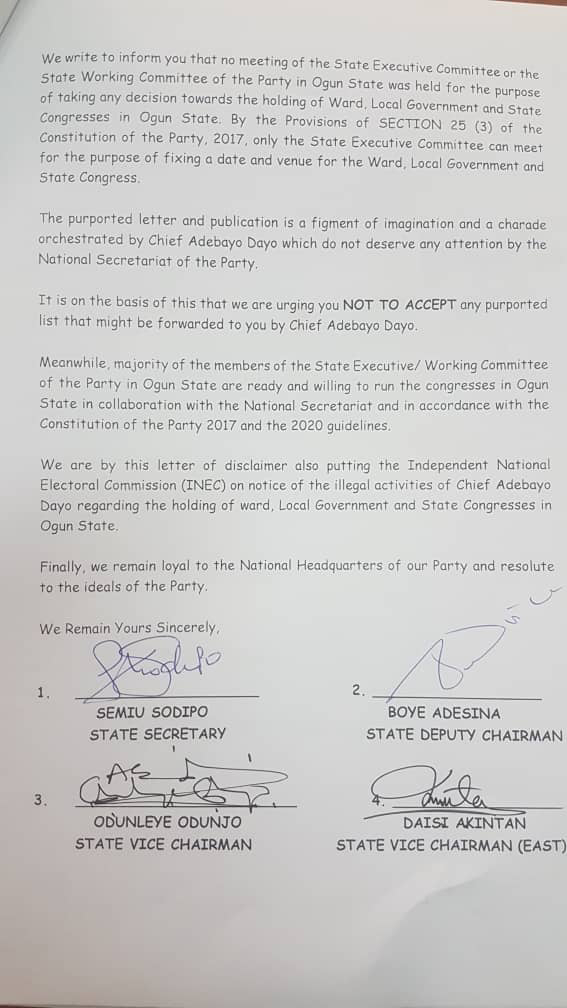 The disclaimer letter read in part "as members of our great party, the Peoples Democratic Party (PDP), write to disassociate ourselves from the contents of the letter dated 3rd February 2020 and the publication published in the Punch Newspaper of 19th February,  2020 which were signed by the Chairman, Chief  adebayo Dayo alone in the letter of 3rd February 2020".
The letter revealed that there was no meeting where decisions contained in the letter and publication were discussed.
The letter also stated that " the purported letter and publication is a figment of imagination and a charade orchestrated by Chief Adebayo Dayo which do not deserve any attention by the National Secretariat of the Party ".
Members of the CWC of PDP in Ogun Said further in letter "majority of the members of the State Executive/Working Committee of the party in Ogun State are ready and willing to run the congresses in Ogun State in collaboration with the National Secretariat and in accordance with the Constitution of the party 2017 and the 2020 guidelines".
The National Chairman of the Party, Prince Uche Secondus on behalf of the National Working Committee while acknowledging receipt of the letter, responded that will end all litigations in Ogun State and that the move is a welcome development to the progress of the party in Ogun State.  The National Chairman therefore assured the state officials coming into the mainstream tgat the CWC will work together with the committee towards rebuilding a united PDP in Ogun State.
Read more